Dr. Daniel S. Berger is a leading HIV specialist in the U.S. He is Associate Professor of Medicine at the University of Illinois and founder of Northstar Medical Center, the largest private HIV-treatment and research center in Greater Chicago. Dr. Berger is well known nationally and internationally among researchers and individuals engaged in HIV drug development. He has published more than 70 articles and abstracts in peer-reviewed medical journals and international conferences on antiretroviral therapy and other HIV-related treatment. Dr. Berger has conducted more than 200 HIV-related clinical research trials and published extensively in medical journals including the Lancet and the New England Journal of Medicine. In 1992, he conducted the world’s first study of combination therapy for HIV infection, presenting his findings at World AIDS in Amsterdam later that year. This research became a stepping-stone to the AIDS drug cocktail that followed 3 years later. During the years 2005-2010, antiretroviral therapy for HIV disease experienced a revolution in therapeutics. Berger was heavily involved as principal investigator of these agents and co-authored several resultant iconic publications of these studies. Among his book publications, he contributed to “HIV – The First Year, An Essential Guide for the Newly Diagnosed” (Marlow & Company) and “Nutritional Aspects of HIV Disease” (Oxford Univ Press). Dr. Berger lectures nationally to physicians, educating them on the latest HIV-research studies. Dr. Berger has served on numerous boards and committees including the Medical Issues Committee for the Illinois AIDS Drug Assistance Program and the AIDS Foundation of Chicago. In 2006, Berger was honored by Test Positive Aware Network with the Charles E Clifton Leadership Award; in 2016 the Chicago Reader named Dr. Berger as #1 Practitioner of the Year. In 2021, Dr. Daniel Berger was the recipient of the Visual AIDS Vanguard Award (VAVA) in New York for his exceptional work as an HIV specialist who has made essential contributions to HIV and AIDS medical treatments, as well as his passion for art and the legacy of art AIDS activism as a collector, curator, archivist, and philanthropist.

As an active patron of the arts, in 2010, Dr. Berger founded Iceberg Projects, an alternative exhibition space in Chicago. In 2015, Dr. Berger acquired the archives of Art+Positive, an important affinity group of ACT UP New York and co-curated the first exhibition of the archives. To disseminate the ephemera within the archive he co- published Militant Eroticism: The Art+Positive Archives (Sternberg Press, Berlin). Additionally, Dr. Berger curated Chicago’s first David Wojnarowicz solo show and subsequently published David Wojnarowicz: Flesh of My Flesh (SPD, Berkeley, CA). To support young artists, Dr. Berger founded a Scholarship at the School of the Art Institute of Chicago’s MFA program: The Daniel Berger Barbara DeGenevieve Scholorship is awarded each year to a student whose work explores the boundaries of identity, an impassioned theme of the late Barbara DeGenevieve. Beginning in 2016, Dr. Berger was listed by Newcity’s The Art 50 as one of the top 50 most influential individuals in Chicago’s Art Community and recently was added to Newcity’s Art Hall of Fame. He is a member of the Board of Governors for the Art Institute of Chicago, member of Collections and Acquisitions Committee of the Museum of Contemporary Art of Chicago, member of the Board of Advisors of the Block Museum of Northwestern University and the Board of Trustees of the Leslie-Lohman Museum of Art in NY. When not on a board or practicing medicine, he shares his time with his dog Nero and his life partner Scott. 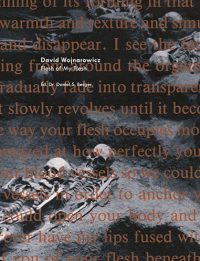 Northstar specializes in a wide gamut of internal medicine issues as well as cutting edge HIV treatment. Additionally, Northstar prides itself with its’ program for management of Men’s health and gay issues and has a unique approach to testosterone and other hormonal replacements. Cosmetic treatments that include facial fillers, Botox and Dysport for youthful rejuvenation are also offered at the Center

Militant Eroticism – The Art+Positive Archives is the first survey of the art and practice of Art+Positive, a significant affinity group of ACT UP New York during the early years of the AIDS epidemic.

The Art+Positive archives, have been out of public view for more than 25 years. Art collector and HIV/AIDS researcher Dr. Daniel S. Berger acquired the group’s archives in early 2015.

Founded in 2010, Iceberg Projects is located in Rogers Park, one of Chicago’s most economically and culturally diverse neighborhoods, and is positioned between Loyola and Northwestern universities. Situated within the garden behind the home of Daniel S. Berger MD and Scott Wenthe, Iceberg’s private exhibition space is a historic carriage house modernized by interior architect Robert MacNeill.